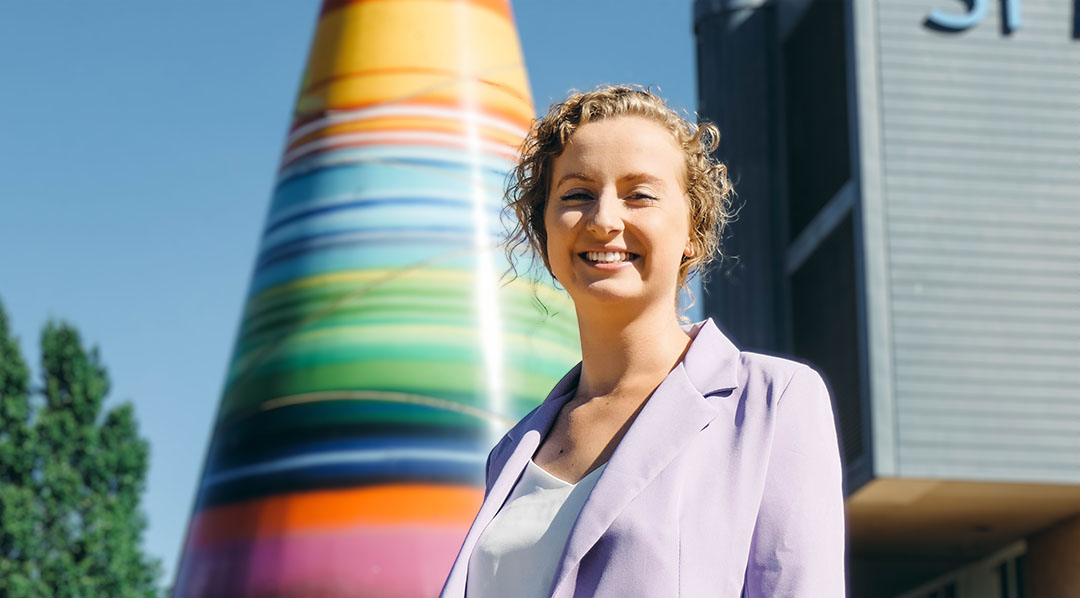 “Making the decision to start a Level 2 Apprenticeship with HTP nine years ago has built my future career. I’ve grown as a person and I’ve been able to gain five qualifications over the last nine years, whilst getting paid and progressing my career for the future.”

Rosie Wye works as an Assistant Operations Manager on the digital team at St Mary’s Hospital in Newport. Rosie started her working life with the Isle of Wight NHS Trust in 2013, as an apprentice with HTP. Her career has blossomed, with four Apprenticeship qualifications, and most recently a top-up Degree at the University of Portsmouth.

“HTP gave me the confidence and support to be able to get my top-up Degree. I started that journey in September 2020, over a two-year course. HTP supported me and gave me some mentoring and helped me to write the assignments. I graduated in July 2022 with a Bachelor of Arts Honours Degree, receiving a 2.1 in Business and Leadership Management.”

Rosie credits her Apprenticeship as the beginning of her career journey, having initially felt lost during her time at school.

“I personally would definitely recommend an Apprenticeship to anyone that’s struggling with knowing what to do as a career. It’s a great way to get into the workplace, at the same time achieving qualifications. I managed a year of Sixth Form and unfortunately it just wasn’t the learning environment for me. When I left I was just a rabbit in the headlights. I knew I wanted to do well, but I just didn’t know what I wanted to do or how I was going to achieve anything. I literally had no direction.”

“When I started my Level 2 qualification at the age of 18 I was so nervous with next to no confidence at all. HTP and my Training Consultants were there for me and they gave me the support and the push and the momentum to work hard and get through it. At school I didn’t class myself as academic at all. I struggled to get C grades in my GCSEs. To be able to say now that I’ve got a Degree… I almost can’t believe it. It feels amazing. I’m definitely really proud of myself.”

Rosie is proof that an Apprenticeship is a credible alternative to Sixth Form and university. Rosie learnt on the job, without building up student debt or paying tuition fees. She’s now gained a Degree qualification, whilst keeping her career moving. Her years as an Apprentice have provided the structure and a thorough understanding of her role.

“I think the fact that I worked my way up has benefited me in my career. I learnt the basics as a Level 2 apprentice and now I’m Assistant Operations Manager, where I manage teams and individuals. I know what it’s like to be fresh to the role, with not a lot of experience and no qualifications. I’ve also learnt a lot since I started, particularly within the medicine field and administrative and clerical duties. Being an apprentice definitely helped my interpersonal skills and I can see things from other people’s point of view.”

Message us about training with HTP
Apply now